All Wireless Charging Phones and Devices 2022

What are Qi Wireless Charging Phones?

So What exactly are Qi Wireless Charging Phones?

This page gives you an overview of already available mobile phones that are compatible with the Qi standard for wireless charging and can be charged by induction.

Here you will find a list of all Qi-compatible mobile phones that are either equipped with the wireless charging standard or can be upgraded with a Qi Adapter or Charging Cover to charge them with a Wireless Charger. Get a quick overview of whether and how you can charge your phone wirelessly in the table below. In the following you will learn more about wireless charging in general and Qi enabled Phones.

How does Wireless Charging work? 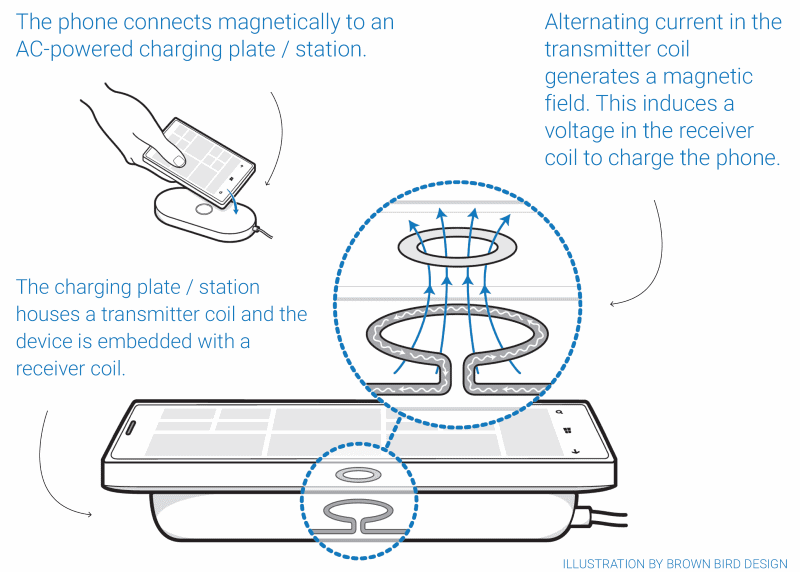 If you are not yet familiar with wireless charging for smartphones, you have come to the right place: Inductive chargers have been on the market for several years now and have left the “teething troubles” behind wireless charging is often already standard on current smartphones. Wireless charging works by means of so-called induction technology, such as that familiar from electric toothbrushes or even from the kitchen. Energy is transmitted wirelessly over short distances with the help of electromagnetic waves and thus supplies the smartphone with power. But what exactly is a Qi mobile phone and which mobile phone models support inductive charging? You will find the answer in the following sections.

The market for wireless chargers based on the Qi standard has grown considerably wireless charging is the trend and the new iPhone 11 has it on board more and more users are returning to the easy way of charging. Because here the charging cables have had their day. Instead, the particular device is conveniently placed on the charging station. When charging wirelessly, the charging station generates a small electromagnetic field. This is located a few millimeters above the charging surface as soon as a compatible device is detected. The inductive energy exchange between the coil of the transmitter and the coil of the receiver starts immediately. The receiver coil passes the received current directly to the battery of the smartphone, which is charged as a result the phone is charged wirelessly.

What is the Qi Standard?

What does Qi stand for? Qi is a universal standard for wireless charging and was developed by the Wireless Power Consortium (WPC) in 2008. It is technically based on the principle of induction, in which electromagnetic waves are used to transfer energy wirelessly over short distances. The chargers are therefore also referred to as induction chargers or inductive chargers. The Qi standard is currently used in smartphones and other small devices and has become established as a wireless charging standard.

The advantage of Qi-capable mobile phones is that wireless charging is possible with all Qi chargers, regardless of the manufacturer. Above all, it is much more convenient in everyday life if you can charge your mobile phone wirelessly instead of having to connect it to the charging cable. With the Qi standard, there are currently several different power levels (5-15 watts), but they always remain downward compatible. You will find information on this in the smartphone description. The best Qi chargers and all others in comparison can be found under the overview in the test area.

When it comes to Qi phones, some smartphone manufacturers are among the forerunners, others instead of the laggards nevertheless, this technology had arrived on the broad mass market in 2022. Many current smartphones have already firmly established this standard. You can find more information on the topic of wireless charging in the article “Wireless charging What is the Qi standard?

What is a Qi enabled Phone?

What is Qi enabled? A Qi enabled device f.e. a phone is Qi enabled when it’s equipped with the Qi standard (“Qi” = Chinese for “life energy”) for wireless charging per default or was designed for upgrading with this standard. They have a Qi receiver coil for inductive energy transfer. So if you want to charge your mobile wirelessly, you must first check whether it supports this standard. Current smartphones often already have the Qi standard built-in, and older models are sometimes intended for upgrading by the manufacturer all other mobile phones generally can be upgraded with a Qi adapter. In this mobile phone overview, you will mainly find models that are compatible or Qi-certified per default by the manufacturer, ones that are intended for upgrading and others that have reliable third-party accessories to upgrade with wireless charging.

How can inductive charging via Qi be added?

Upgrading a mobile phone with Qi is easy and done quickly: For mobile phones that do not have special charging contacts for Qi receivers on the back, you can use special Qi charging pads. These are attached to the back of the smartphone and connected to the battery of the device the mobile phone can already charge inductively: By induction, the energy from the charger can now flow via the Qi receiver coil into the mobile phone battery. Wireless Charging Cases are an excellent alternative some of these are even available in a special form with an additional built-in battery as so-called Qi battery cases.

Which current Smartphones can be charged wirelessly?

The latest Qi certified smartphones are always at the top of the mobile phone list or overview. Modern smartphones, especially from Samsung and recently also from Apple, often have the Qi standard already built into a faster “Fast Wireless Charging” version. The power levels for wireless charging are 5 watts for all older models and Qi adapters, 7.5 watts for the newer Apple iPhone models and up to 10 watts for Samsung’s latest smartphones or up to 11 watts for Google Pixel 4. Select the respective model from the Qi mobile phone overview and find suitable accessories. 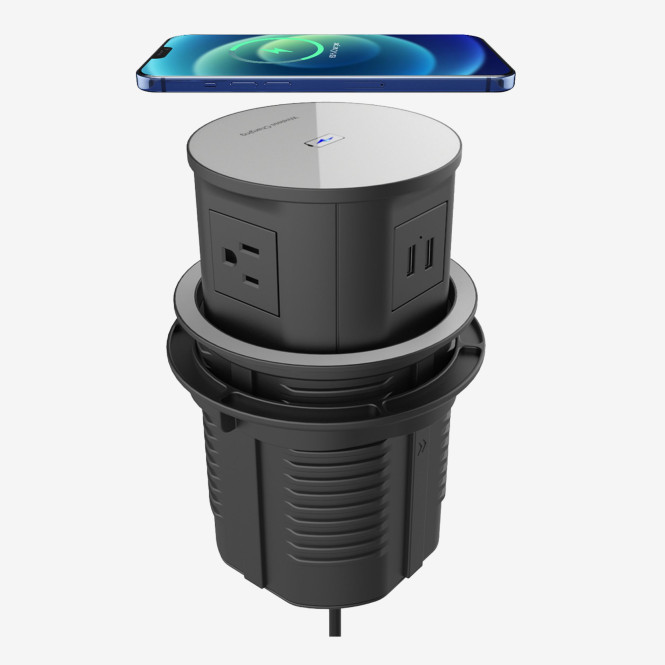 Get to know us.